Terrorist Attacks in France—Attempt on Its Foundations 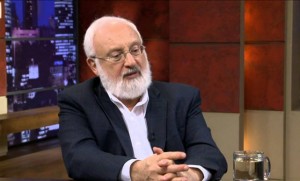 The recent terrorist attacks in France clearly highlight the problem that has engulfed the whole world, but it is particularly acute in Europe. I have been talking about it for many years. However, while it affected only the Jews, Europe neglected it. Attacks on Jews seem to be “justifiable.”

On the other hand, when it comes to the very foundations of society, the principles of the French Republic, then everyone feels effected. That’s why millions of people “woke up” and took to the streets.

Indeed, freedom originated in France during the Revolution: freedom of speech, freedom of expression, and freedom of choice. All these are attributes of a free person, the foundations of French society, in which it great pride.

However, freedom, like any phenomenon, can be twofold: positive or negative. For example, freedom of expression and freedom of choice have allowed for the proportion of the Muslim population in the country to reach, and according to some estimates, even exceed 10%.

While this is not negative in itself, as everyone is free to pursue his or her own faith, the Muslim sector is becoming increasingly radicalized and involves native French people in its environment. Some of them convert to Islam and even develop links to terrorist organizations. And some go as far as traveling to the Middle East to fight for ISIS.

Therefore, it is natural that the attack on the newspaper has shocked people, because at the heart of every French person is the commitment to freedom of speech, which they regard as having the highest value and the foundation of existence. This is why this blow went to the heart of France, hitting its most sensitive spot.

Of course, some will defend freedom of speech, while others will call for restrictions that will prevent ridiculing certain values. Nevertheless, the country is shocked not only by the number of victims, but also by the attack on its moral and ethical foundations.