Who Wants to Be Elevated?

A student posted in his Twitter account a picture of his shelf at home, where some of the books we published stand. To the picture, he added a message: “There is a big focus on Jews and Israel lately that I don’t really find in your books. I’m uncomfortable with ethnic groups elevated.” 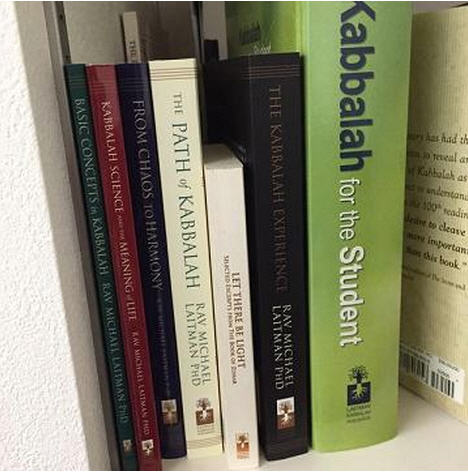 Indeed, there is a big focus on Jews and Israel lately. Except the focus isn’t mine; it seems like the whole world is focused on us. The UN is hardly dealing with anything else, and has been doing so for years. Anti-Semitism has become such an issue in Western countries that heads of state keep having to “reassure” their Jewish citizens that everything is alright, when the only reason they are saying it is that everything is not alright.

Quite honestly, I am using the current burst of anti-Semitism as a tool to make the explanation about the role of the Jews more acceptable, especially to Jews. We can declare that Jews are like everyone else and shout it from the rooftops. No one will buy it. No one believes we’re like everyone else, and everyone is right, we’re not.

We want to be like everyone else, but we are not. Just the fact that everyone is constantly pointing the finger at us makes us different. If people ignored the Jews, it would be easier for us to assimilate into oblivion. But people aren’t ignoring us. On the contrary, they’re blaming us for all that’s wrong with the world. And by doing so, they’re calling us to action, to stop being so noxious.

But no one knows what we’re doing that’s so terrible, or at least, almost no one. I have been given some knowledge and insight into this issue from my teacher, the Rabash, who received it from his father and teacher, Baal HaSulam, author of the Sulam (Ladder) commentary on The Book of Zohar. It is my duty and life’s mission to pass on this knowledge, especially now that the world is on the edge of the abyss.

What I received has to do with changing human nature through unity, because the lack of it is causing the multifaceted crisis we are facing. Jews have had a method by which to achieve that unique form of unity; it is their duty to implement it and share it with the world by way of example; and the Jews’ procrastination in doing so is the reason for anti-Semitism.

You wrote on Twitter that you don’t find the focus on Jews in my books. That was true until anti-Semitism became overt enough for me to relate to it as a viable issue. But in the picture of your shelf I did not see a copy of Like a Bundle of Reeds: why unity and mutual guarantee are today’s call of the hour. I encourage you to purchase it and see why whether we want it or not, the world’s focus is not only going to remain on the Jews, but will keep growing until we do our job and convey unity to the world, by way of example. This is the meaning of being “a light for the nations.”

Additionally, you can watch the online course, “What Does It Mean to Be Jewish Today?” that the executive editor of the book, Chaim Ratz, is currently giving. Please go to bundleofreeds.com and register, it’s free. You will also find there a free eBook version of the book.

I hope you will find there the answers to all your questions.

This article originally appeared online in The Times of Israel.