10 Things You Ought to Know About Being Jewish

Originally published in the Jewish Journal 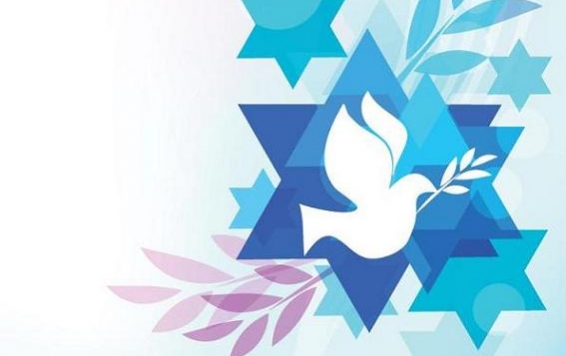 1) Jews didn’t start out as a distinct tribe or a clan. According to Maimonides, the first Jews, which were then known as Hebrews, followed Abraham because they liked his ideas about mutual responsibility and “love your neighbor as yourself.” Gradually, the entourage grew and officially became the nation of Israel at the foot of Mount Sinai.

2) Unity among Jews. That thing which we don’t have was actually a prerequisite for the reception of the Torah (law). The great 11th century commentator, RASHI, wrote that at the foot of Mount Sinai the Hebrews stood “as one man with one heart,” and this is why they received the Torah. Also, they didn’t really have a choice, or as the Babylonian Talmud (Masechet Avoda Zarah) puts it, they were told, “If you receive the Torah, good; if you do not, there will it be your burial.”

3) Since we haven’t taken it upon ourselves to unite, we’ve been busy fighting one another. The Bible describes all the internal disputes that the Israelis had among themselves and with God. But actually, these quarrels enhanced our unity and made us stronger. But when we finally lost it, we were exiled. In fact, numerous texts place the emergence of unfounded hatred as the single cause of the exile from the land of Israel. Many Jewish sources write explicitly that the first exile was due to idol-worship, incest, and bloodshed, and the second exile was due only to unfounded hatred.

4) There are many debates around Isaiah’s prophecy that Jews will be “a light for the nations, to open the blind eyes, to bring out the prisoners from the dungeon, and them that sit in darkness out of the prison-house.” How would we do that? And what does it mean “to open the blind eyes”? Looking at today’s chaotic world, and the culture of self-indulgence that aggravates the chaos each day, it becomes crystal clear. The only light we can bring to the world is the same principle that turned us from riffraff into a nation way back when: unity.

5) Jews can’t unite, that’s clear. Just look at today’s government, see why it’s declaring its own demise, and realize that unity and Jews just don’t go together. So what can unite us? Pressure from the outside. Even Hitler wrote that Jews unite only when they’re beaten up. But if this is what the world needs from us, then we’d better find a way to do it, or we will be beaten up once again just so we can unite. And by uniting we will set an example of unity for the rest of the world, and in so doing will be a light for the nations that will bring them out of the dungeon of self-indulgence.

6) The Jewish population worldwide is about .002 percent of the world’s population, but Jews have won between 20-35 percent of all Nobel Prizes, especially in physics, medicine, literature, economics and other scientific and social areas. Nobody but us cares. No one but us is counting how many prizes we won because this isn’t what we’re supposed to bring to the world. What could heal the world’s problems, unity—which everyone agrees is a great idea but no one knows how to implement—is the one thing we aren’t giving to the world, but which we must. As long as we are not a model of unity, the nations will continue to blame us for everything that’s wrong with the world, and anti-Semitism will flourish. As soon as we begin to even try to unite, anti-Semitism will vanish into thin air.

7) Jews don’t like being told that they have a task, and that the whole world depends on their execution of that task. But then, if so many people tell you that all the wars are your fault, that everything that’s wrong with the world is your doing, and that it’s always been like that, shouldn’t we at least be asking ourselves if just maybe they have a point? Anti-Semites always have a reason for picking on the Jews. But there are other minorities in the world besides us, so why are we always at the center of attention?

8) The word Yehudi (Jewish) has a less known meaning besides the usual origin we give it (descendants of the tribe of Judah). The word Yehudi comes from the Hebrew word Yehud (unity). That is, Jews are the ones who have united.

9) Jewish holidays are usually characterized by plenty of good food (with the notable exception of Yom Kippur, which is actually a holiday). But then, Jews have always had their peculiarities. But we should also know that each holiday and each event on the Jewish calendar signifies a specific stage in the people’s march toward unity.

10) And last, but not least, it’s a famous joke that for every two Jews you have three opinions. But this is why when Jews unite they create a bond like no other nation can. Let’s just hope that this coming election will be a turning point and we will say “Enough!” to divisiveness and “Welcome!” to unity. I mean, we can keep fighting ourselves and our enemies within and without, but really, what’s the point? In the next post I’ll detail just how we can unite above our differences and become a strong nation, worthy of its task.