The Struggle to Stop Fighting [Opinion] 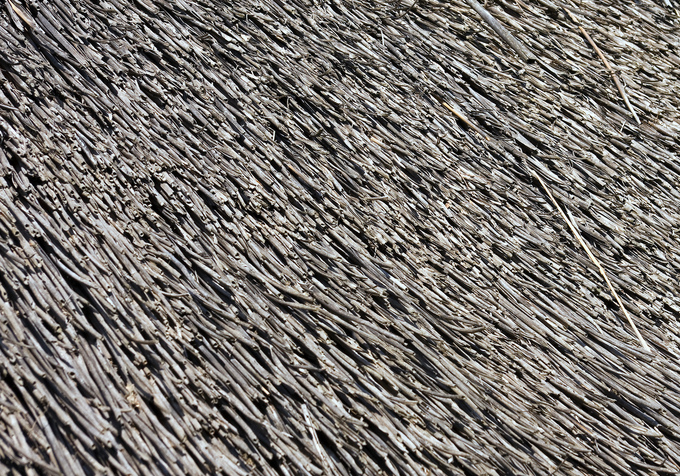 If a person takes a bundle of reeds, he cannot break them all at once. But taken one at a time, even an infant will break them. Just so, Israel will not be redeemed until they are all one bundle.

Even as a child I was troubled with deeper questions. As a child with a passion for knowledge and a penchant for research, I became intrigued with “life, the universe, and everything” (to paraphrase on Douglas Adams’s Hitchhiker’s Guide to the Galaxy). I was fascinated with nature, and intrigued with human nature. And one of the issues that touched me to the core was anti-Semitism.

As I wrote in my latest book, Like a Bundle of Reeds, a shadow followed through my childhood years, and even through my teens. It was the specter of the Holocaust, that thing which many chose to never mention, though it was always there.

When I grew up the questions surrounding anti-Semitism kept haunting me, and became a very tangible issue through my years as a refusnik (Soviet Jews denied permission to leave the USSR during the 1970s).

But once outside of the Soviet Union, and being a new oleh in Israel, more worldly challenges demanded my attention, such as learning a new language and providing for my family.

It just so happened that in Israel I became a successful businessman and gained some wealth within a few years. With sustenance secured, I began to search deeper into the roots of Judaism, first through the orthodoxy, and subsequently through Kabbalah.

In truth, however, I was not searching for the roots of Judaism, nor to understand anti-Semitism. I was searching for the meaning of life. And when I found my teacher—Kabbalist Rav Baruch Shalom Halevi Ashlag, son of Rav Yehuda Leib Halevi Ashlag, known as Baal HaSulam (Owner of the Ladder) for his Sulam (Ladder) commentary on The Book of Zohar—I found the answer to the meaning of life (hint: Adams got it wrong; it isn’t 42). But I also found the answer to the questions surrounding the roots, persistence, and ultimate solution to anti-Semitism.

In his 1933 essay, “Peace in the World,” Baal HaSulam wrote, “In our generation, each person is aided for his happiness by all the countries in the world. …In our time, the countries are all linked in the satisfaction of their needs of life, as individuals were in their families in earlier times. Therefore, we can no longer speak or deal with just conducts that guarantee the well-being of one country or one nation, but only with the well-being of the whole world because the benefit or harm of each and every person in the world depends and is measured by the benefit of all the people in the world.”

In the following sentence, he wrote, “And although this is known and felt, the people in the world have not yet grasped it properly.” More than eighty years later, have we? Our treatment of our fellow man and woman proves we haven’t.

As a scientist whose expertise is bio-systems, and as a Kabbalist reared on the lineage of Baal HaSulam, I cannot help but view humanity as a single system, or even a single organism. Therefore, the Kabbalists’ relentless insistence on unity as the means for the correction of the world is anything but a surprise. Because if we are dependent on each other for our happiness, that dependency ties us together, and without unity and cohesion, we cannot care for the well-being of the system. And if we don’t care for the system that supports our lives, what will become of our lives?

This brings me to the Jewish point.

Jews have been blamed, and are blamed still, for every misfortune and adversity in the world. True, it is only anti-Semites who voice such thoughts, but there seems to be many more of them nowadays, and their numbers seem to grow by the day. Recently, Jewish students from select US and Canada universities such as Harvard, Berkeley, Toronto, Oregon State University, Cincinnati, James Madison University, Florida State, and others, admitted in a chilling video that they fear for their lives, that being anti-Semitic and against Israel “has become the cool thing to do.”

But anti-Semitism isn’t the problem; it’s the symptom. For centuries we, Jews, have had the obligation to bring peace to the world through unity—first among ourselves, and then with all of humanity. We have been vehemently opposing it, arguing that it will only be used to fuel anti Jewish sentiments and propaganda. Whenever a Jew dares to call for unity among Jews, he or she is portrayed as conceited and ethnocentric.

And yet, for centuries, our sages have been stressing unity as a cure for our trouble, and even the world’s troubles. “In Israel is the secret to the unity of the world” said Rav Avraham Yitzhak HaCohen Kook (the Raiah), the first Chief Rabbi of Israel. “When Israel have unity, there is no end to their attainment” wrote Rabbi Elimelech Weisblum of Lizhensk, Noam Elimelech [The Pleasantness of Elimelech].

Even more blatantly, “The prime defense against calamity is love and unity. When there are love, unity, and friendship between each other in Israel, no calamity can come over them. …Even if they worship idols, but there is bonding among them, and no separation of hearts, they have peace and quiet” wrote Rabbi Kalonymus Kalman Halevi Epstein, Maor VaShemesh [Light and Sun].

Regarding the healing of the world from its troubles, the great Rav Moshe Chaim Lozzatto (Ramchal) wrote, “Moses wished to complete the correction of the world at that time. This is why he took the mixed multitude, as he thought that thus would be the correction of the world that will be done at the end of correction … However, he did not succeed because of the corruptions that occurred along the way.” And Rav Yehuda Leib Arie Altar (ADMOR of Gur) wrote, “The children of Israel became responsible for the correction of the entire world… This is why it was said to them, ‘And you will be unto Me a kingdom of priests and a holy nation.’ …And it is to that that they replied, ‘That which the Lord has said, we shall do’—correct the whole of Creation. …In truth, everything depends on the children of Israel. As much as they correct themselves, all creations follow them. As the students follow the rav [teacher] who corrects himself … similarly, the whole of Creation follows the children of Israel.”

The world is looking at us all the time. We may not like it; we may not want to admit it. But it’s true. To date, I have had numerous encounters with anti-Semites. To all of them I have explained our role as Jews; none of them is still today an anti-Semite, and some are even fierce supporters of Israel (although admittedly, I did not intend this; it is more of an offshoot of acceptance of the role of Jews).

In the system of humanity, Jews are at the epicenter, albeit inadvertently. Everything we do or say is examined with a magnifying glass. So when we show unity, the nations will see it, and will stop blaming us for spreading ill will across the globe. I know it from experience.

I’d like to conclude with the words of my teacher’s great father, Baal HaSulam, “It is upon the Israeli nation to qualify itself and all the people of the world … to develop until they take upon themselves that sublime work of the love of others, which is the ladder to the purpose of Creation.”

This is why we must become like a bundle of reeds.