The World is Ready For a Message of Unity 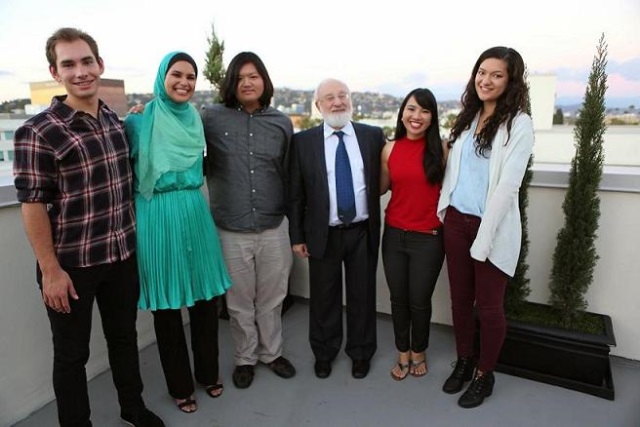 At the beginning of the month I was invited to LA for a marathon shoot of 24 short episodes explaining the wisdom of Kabbalah and its relevance to our lives. This couldn’t have been timed better since I was already in town for a convention and a lecture that followed, so I delightedly took on the challenge of shooting 24 episodes in two days (though my part in each is about 5 minutes).

The World is Ready for a Message of Unity

On the second day of the shooting, I had a special treat. I sat before a panel of six students that consisted of the council of the USC interfaith program, who “grilled” me with questions regarding Kabbalah for seven hours straight. Naturally, anti-Semitism and the role of the Jewish people arose in their questions, and being students, they didn’t hesitate to ask whatever came into their minds.

The panel consisted of a Roman Catholic, a Methodist, one who didn’t disclose his faith, a Muslim and two agnostics. All students said they were observant in their faiths, yet were interested in learning about other faiths and traditions, which was why they joined the interfaith program.

Through their questions, I explained about Kabbalah, but I also dedicated time to discussing the role of the Jewish people in the world, and why so many people feel that there is something different about Jews, if they are not openly anti-Semitic. I also told them about my two NYT articles, “Who Are You, People of Israel,” and “What We Jews Owe the World,” where I proposed the solution of unity among Jews in order to share that unity with the rest of the world.

The students’ reactions were, as always when I speak to non-Jews, very favorable. They smiled every time I talked about conveying the method by which to unite, and they generally felt that I was offering something they could embrace.

The reason I’m so happy with this encounter is that it proves that even in today’s anti-Jewish and anti-Israel atmosphere on campuses throughout the US, and although these students are devout followers of other religions, including Islam, their responses to my message were invariably positive.

I didn’t hide the fact that I was from Israel, or that I was Jewish, but all this didn’t matter. They responded to the message of unity above differences, without suppressing differences, but rather embracing them as a means to grow even closer. And they responded with overwhelming warmth.

Here are some of the things they said to the cameraman about the meeting:

One of the agnostics: “Normally, other teachings are restricting, but here I felt acceptance and I felt like this is something I could pursue.”

The Roman Catholic: “He makes me understand certain things about life in a framework which is very unique. I’ve never seen anything that relates so well to the idea of universalism and about the idea of embracing humanity, and everybody. I find that very comforting. …I have to say that it gives me a lot of optimism as to where we can all come together and agree.”

To me, that day was yet further evidence that the world is ready for the message of unity, that Jews should not be afraid to raise the banner of solidarity. Instead of fearing hatred, we should simply implement the method and share it with the world. Everybody’s thirsty, but only we can open the valve and let the world drink, because we not only have the understanding that unity is required, but also the method for achieving it. If we unite, the world will unite with us.